April was a very hot month with very little rain except for the occasional storm. Nevertheless the high temperatures didn’t stop the volunteers from working hard to look after all the animals. 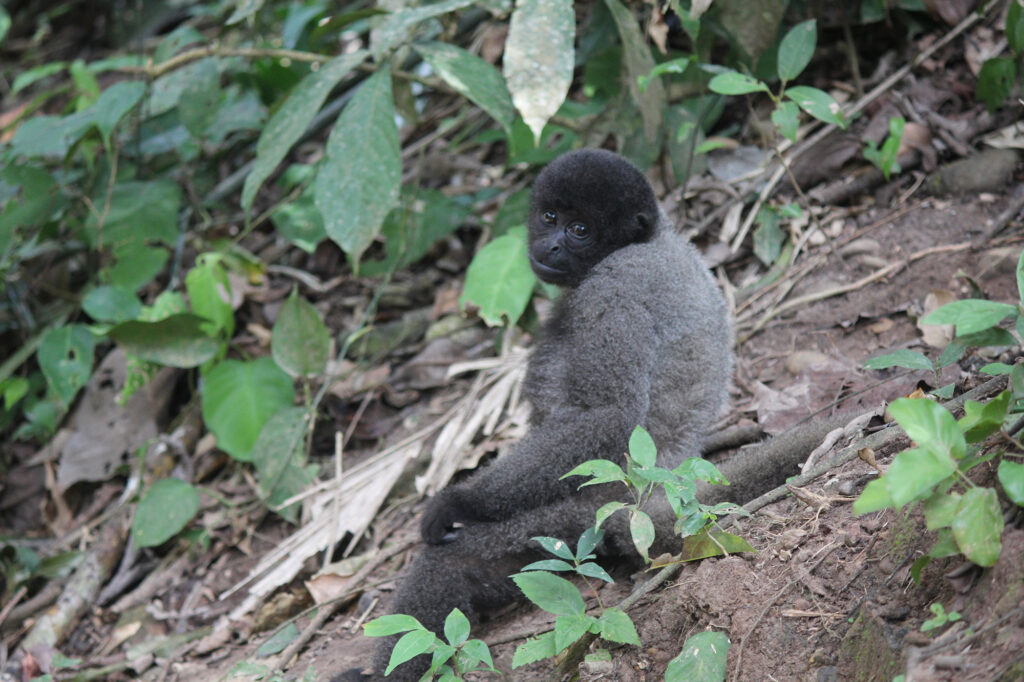 This month we had to say goodbye to Uma (female woolly monkey). She had been treated several times in the past few months for the parasite Prosthenorchis Elegans. Sadly her condition became worse and worse in the last few weeks and despite our best efforts we couldn’t save her. This is a very sad loss for everyone who worked so hard to give this monkey a second chance in the wild.

Despite the loss of Uma the rest of our monkey troop are doing well. At times like this we take comfort in watching these monkeys exploring the jungle and enjoying their newfound freedom. Like Uma nearly all of these monkeys were rescued from the illegal wildlife trade and later released back in to their natural habitat. Our team work tireless to give as many animals as possible this opportunity.

Nayro and Burbujas were moved to the Roko enclosure. This is the former home of our female and male night monkeys, Luna and Otis. However in truth Luna and Otis haven’t fully vacated as they are still using the front section of the enclosure to rest and eat from during the day. Despite this, the two capuchins Nayro and Burbujas seem to like their new home. Also the bond between them is growing stronger every day. These two boys really look out for each other!

Rimaq and Lucio (male Spider Monkeys) are both undergoing a long-term treatment against fungus. It has been diagnosed as ringworm, but these monkeys do not seem to mind the treatment one bit as now they receive some bread with jam (and medicine) every day.

Roxanna (young female peccary) recently moved to an enclosure with Kohana and Timo, one adult female and one adult male peccary. During the introduction we all held our breaths to see the reaction of Kohana, as the first encounters can get pretty rough with peccaries. Kohana directly showed interest and was following Roxanna around. Although the noises they initially made were a little concerning, it seemed to all go well. Kohanna followed Roxanna around, and although there was some rough teeth-clicking, Roxanna seemed to enjoy the company and did not run away. We are all relieved that it went well and happy to see the three of them peacefully living together.

Rafiki moved back to the clinic again. The macaws and parakeets moved out of the clinic, so we had more than enough space to move Rafiki in to a brand new bigger cage. He seems to be happy and he is taking huge steps towards recovery, thanks to physiotherapy treatment he is receiving.

We were lucky enough this month to say hello to an old friend once again. One night when a volunteer went to check if all the baby monkeys were sleeping safe in a tree, she saw something big and furry high up. Sure enough, it was Elmo! Elmo is a male two-toed sloth that we raised from small and released some years ago. It has been about 6 months since we last saw him. Seeing this released animal doing so well living in the wild, gives us all a huge pat on the back. 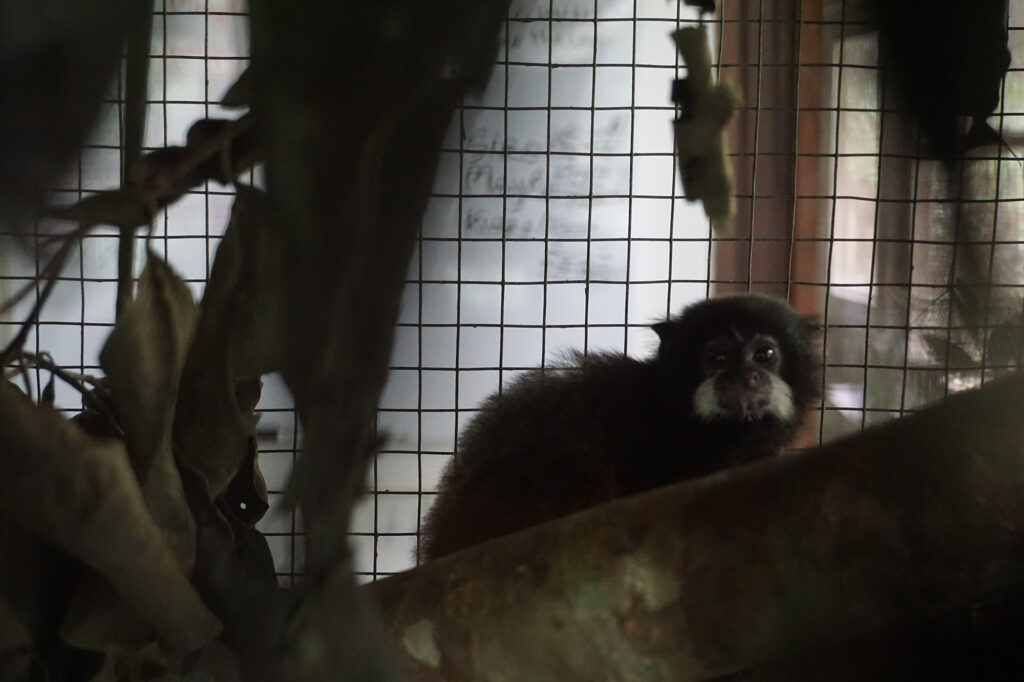 This month we welcomed two new baby monkeys in to our care. The first one is a young male Tamarin named Tonka. He is currently staying at the clinic but is in very good health. He is gaining weight quickly and seems to be enjoying eating the crickets the volunteers catch for him. These crickets are a great source of protein for a growing Tamarin.

The second baby we welcomed is Armando (male howler monkey) and everyone is already completely captivated with him. The baby is about 3 months old, has a chocolate colored fur and big brown eyes. Howler monkeys have a very sensitive digestive system and are known to fall into a depressed state when separated from their mothers at a young age. With as this is mind we need to keep a close eye on this new arrival and so Armando is currently staying in the manager’s house under 24/7 supervision. The little guy is in very good condition but there is still has a long way to go to until he becomes a big howler male and can hopefully be released.

In the clinic, April was another month where birds were at the center of most of the work undertaken by our team. But thankfully this month was a lot calmer than the last, and the thousand of new birds have finally settled in. At the beginning of the month the birds were still suffering from a fungal infestation Aspergillus that damaged their respiratory system but after a few weeks the majority recovered well. Each day they grew in strength, thanks to the efforts of our team, an enriched diet, increased vitamins, and some anti-fungal treatment.

Overall it has been a tough time for everyone but it is beautiful to see that our hard work paying off and the birds slowly regaining their health and happiness. Such a large arrival of the birds was a big challenge for Esperanza Verde but thanks to everyone’s efforts and working together as a team, many of these birds will likely be released in to the wild once again!

Anyone fortunate enough to have been a volunteer at EV will appreciate the challenge of drying clothes in such a humid environment, and if you’re not battling the ever changing elements you are fending off the thieving monkeys.
Just outside the volunteer house, where the oldest animal enclosure (‘Casa’) was standing, a new facility is being built so clothes (human clothes as well as the famous ‘monkey’ clothes) can then be hung up to dry under a roof. To many this will seem a small thing but for those of us living in the rainforest it is a huge improvement! Sometimes we have to enrich the lives of the humans here…as well as the animals.

This month also saw us give something back to the local community. The children at the local school are increasing in number and as a result many had to share desks and sometimes even their chairs in the classroom. Thanks to several volunteers and friends who donated and little top-up from the EV fund, we donated 20 desks and chairs to the primary school in Bello Horizonte.

E.V. was happy to welcome some visitors this month. We were delighted to have several good friends of the managers visiting from Holland. With them we celebrated Easter, having a cozy brunch and, according to the tradition in Holland, a real egg hunt! After the search for the eggs we all ate together and enjoyed the many treats they had prepared for us. Chocolate, bread, pasta and potato salad … A lovely meal!

Since one of the visitors is a professional photographer, she also took her chance to take many pictures of all the animals we have here. She went along with some of the volunteers on their tours, making the most beautiful photos, of which many are accompanying this months’ update!

A few of the volunteers were this week lucky enough to join Machico (one of the workers) on a big walk through the jungle. Machico knows the forest like the back of his hand so this was an opportunity to share his knowledge about the forest with the volunteers and everyone loved it!