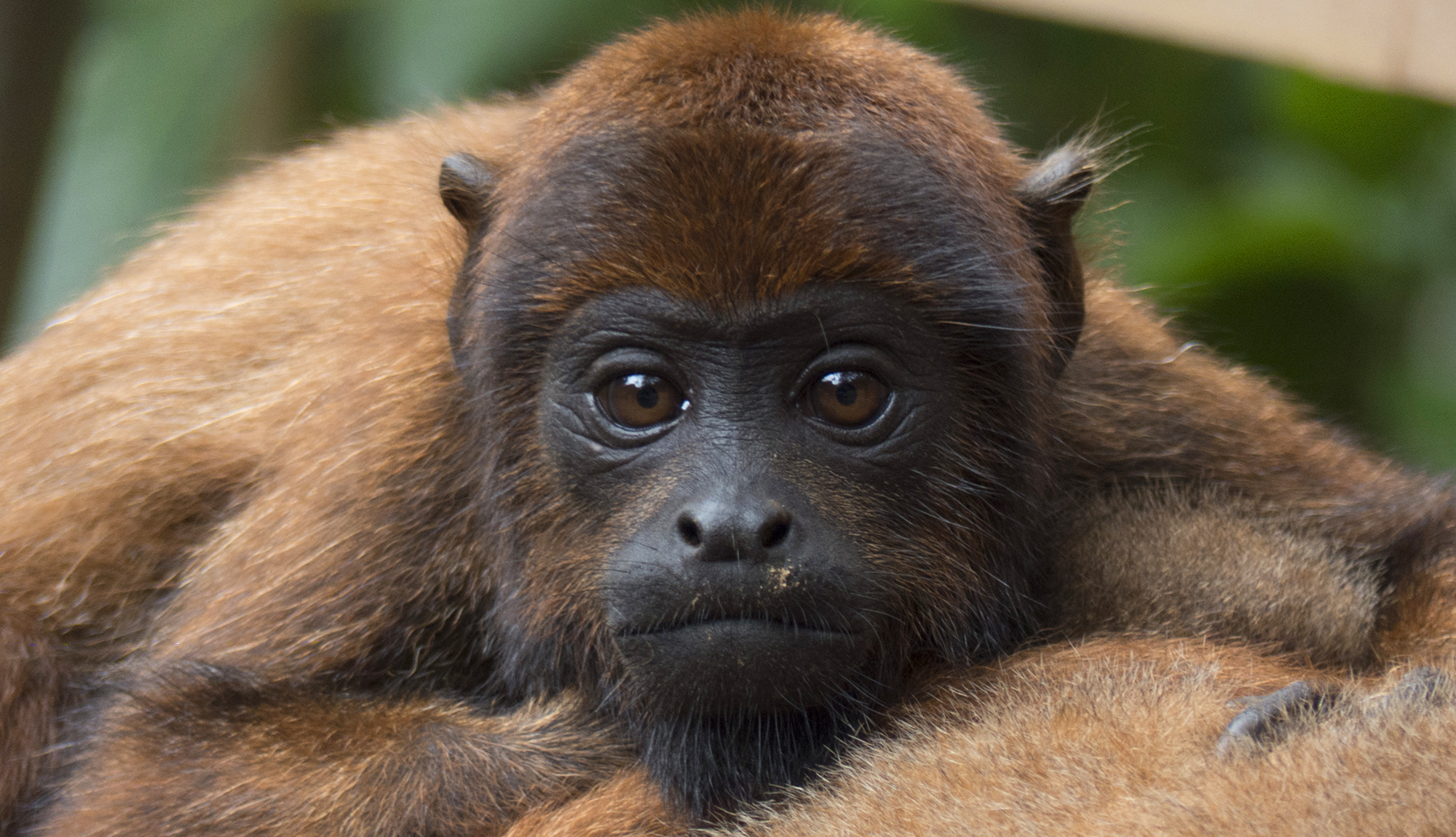 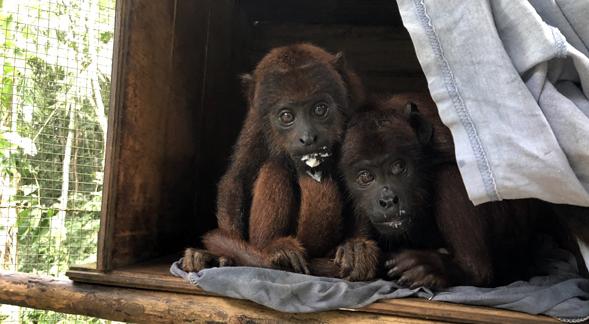 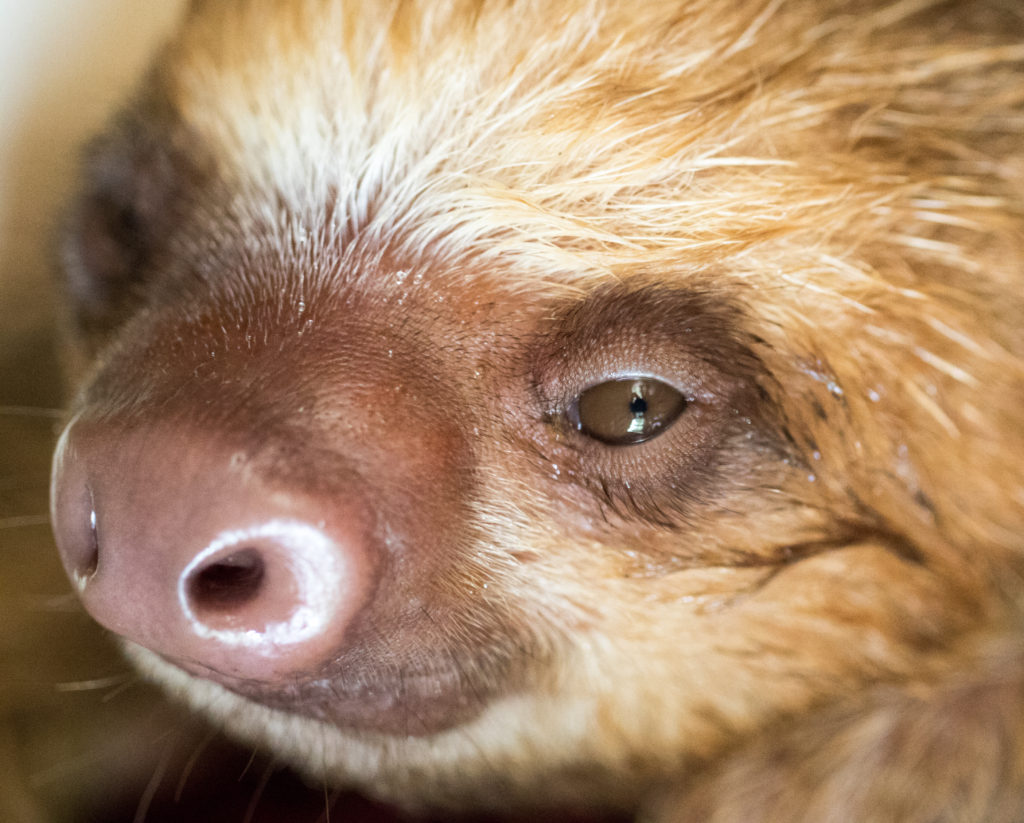 Lulu, a two-toed Hoffman sloth arrived at our rescue centre in August 2016. Sadly in May of this year she passed away. Lulu was confiscated from the illegal wildlife trade and brought to  Esperanza Verde as a small baby. Our dedicated team hand-raised her; they bottle fed her milk, taught her which leaves to eat and eventually successfully released her back into our protected area of jungle. She always stayed nearby and unfortunately life in the jungle can be cruel. Despite our best efforts one day Lulu was taken ill and later died. During her time at EV she was a favourite of many volunteers and will be dearly missed. 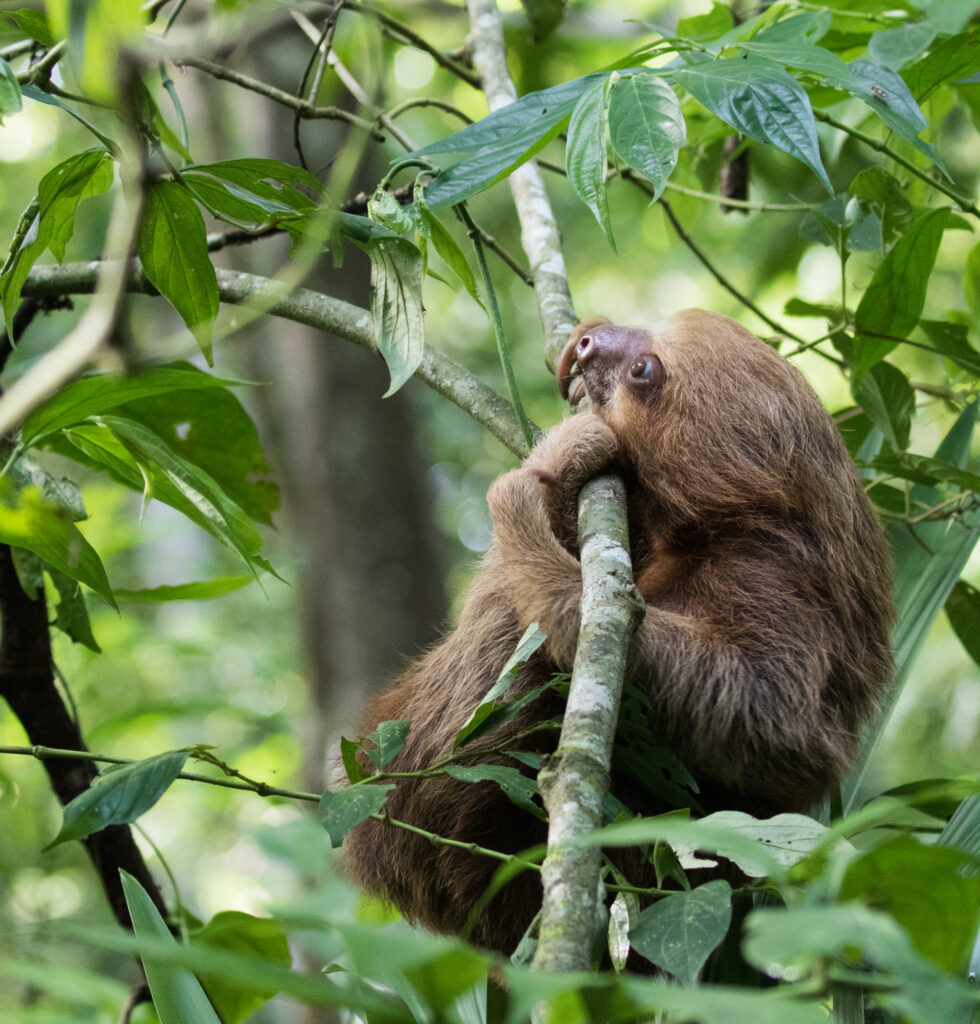 In memorandum of Lulu, the two-toed sloth.

Just back from Namibia we have red the sad news that Lulu suddenly passed away. That is really sad news, especially for all the volunteers and the family who has taken care of Lulu.
During our stay at EV I was asked to take care of Lulu because we stay longer than most of the other volunteers. This means cleaning her cage, feeding her, walking wit Lulu around my neck around EV, teaching her to climb in a tree, showing her which leaves she could eat. (both with help from Kayla and Marlon)

I never took care of a tow-toed sloth. So Oliva shows me how to act like a sloth mother. For example, take her out of her cage, carrying her and feeding her. The feeding is special; you could not  feed her like a monkey or a dog. First you have to put your nose against her nose (eskimo-kiss) and make noises (smacking of the lips). Than give her some vegetables or leaves and she started to eat.

After some days Lulu start to recognize me. When she saw me, or heard me, she came to the door of her cage and her handling became easily.

In the beginning Lulu only hang around my neck. We feed her in the clinic and take her for a walk outside. When I stood still next to a tree she did not want to climb into it.
After some days she reach out to a branch touch it but hold the other arm firmly around my neck.
But she gets more and more interested in the branches and the trees In the beginning she hangs at a branch for a minute or two and then come back to me. Or she heard a strange noise and the return really quick to me. Later on, she started to enjoy climbing in a tree. First low and nearby, later high up in a tree climbing from one to the other. For me this means standing under the tree for hours and looking which way she goes.

In a certain week it was raining day after day. Lulu was kept close to the clinic.
instead of going for a walk, because I was told she didn’t like rain. But after the third day I took her under my raincoat for a walk. Only her head was outside the raincoat. In the beginning she hangs there quietly, but after a little bit more than 10 minutes she became restless. She wants to go out and want to climb.
I bring her to one of her favorite trees and there she goes. After more than two hours (I was already soaking wet) she returns.

At the end of our period as volunteers at EV Lulu spend almost a full day in the trees.
Climbing for one to another giving me and the other volunteers a head time to follow her on the ground. For me It was a great joy the experience of teaching her and to see her development.

When we were back in the Netherlands we follow her development true the monthly updates. We were happy for her that she was released in August 2017 but after some weeks under surveillance because of her weight. And then the sad news was there: Lulu suddenly passed away.

Irene and Kees
The Netherlands 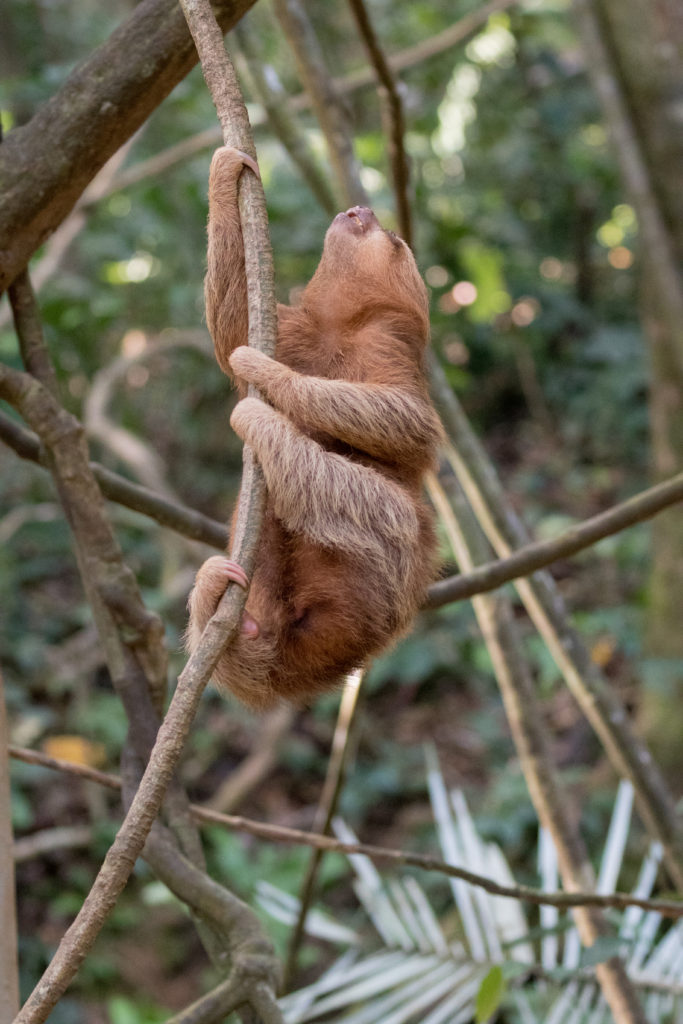